ADHD: The Role of Curiosity

3-year-old Cara smiles impishly in to the camera.” You see she’s standing on the kitchen table,” her proud yet concerned grandmother, my dental hygienist, Anne, says to me. She explains that Cara was standing on the table because she never listens, and runs away when her mother tries to take her picture.

She knows that I am a pediatrician and “expert” in behavior problems, so, after showing me the picture, as she cleans my teeth she shares with me that her granddaughter might have ADHD. “She won’t sit in the circle with the other kids for the whole story time. They’ve started an evaluation.”

I nod in shared concern while she works on my teeth, and she goes on. She’s known me for many years, so the conversation flows easily. “It’s hard,” she says, “because Mindy (her daughter) just broke up with her boyfriend. “So she’s a single Mom, “ I say after a rinse. “Yes, and she works nights and lets Cara stay up til 11 so she can be with her.” At the next pause I comment, “So Cara must be tired in school. That can lead to problems of attention.” As Cara’s grandmother resumes her work on my mouth, she agrees. Then she goes on to explain that Cara is the youngest in her class of mostly 4-year-olds.  She begins to wonder if all of these things she is telling me might be related to the problems Cara is having in school. Her tone shifts.

“She’s just so engaged and curious,” Anne explains. “Maybe we need to channel that energy and help her to find ways to use it in a positive way.” Then she reflects, “Actually Mindy was like that as a child. She was so smart that she got bored in class and sometimes got in to trouble. But after some struggles during those years she found her way.” She tells me that Mindy is passionate about her work as a neonatal nurse.

During my visit I feel a shift in Anne’s thinking. Simply by talking with me, a captive audience with whom she has a longstanding relationship, she goes from describing her granddaughter in terms of “disorders” and “evaluations” to a stance of curiosity.

As we both stand to schedule our next appointment, Anne again looks at the impish face of her granddaughter, trapped on the kitchen table. She sees the picture, cute as it is, as a kind of sign that things may feel out-of-control for Cara. She even begins to wonder if her daughter is too stressed, and perhaps needs more help from her. Maybe, she says, if Mindy had a bit of time to herself, she could be more patient with Cara. She decides to offer her daughter a day of babysitting. 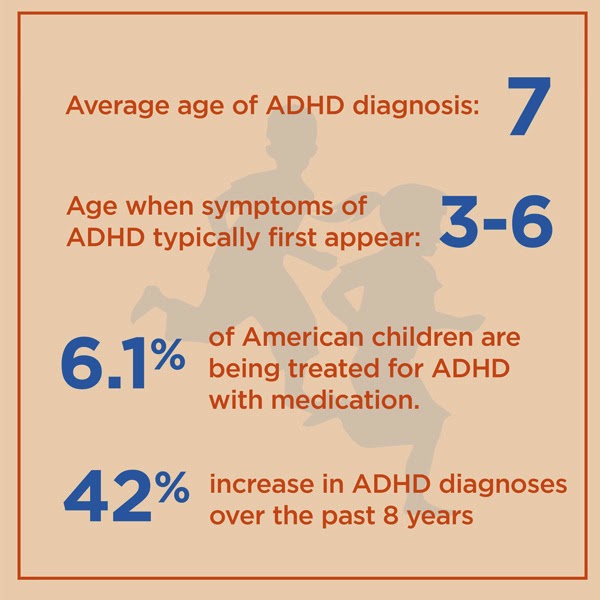 Recent statistics indicate that diagnosis of ADHD has increased 42% in the past 8 years. 3-year-old Cara might be on her way to joining that statistic. I am hopeful that the system of care will offer space and time to listen to the whole story. When her grandmother was able to wonder about the meaning of that photo, Cara’s communication, in the form of behavior, was understood. Being heard and recognized in this way gives Cara the opportunity to become not another statistic, but instead to develop in to her own true self.
Posted by Claudia M. Gold, MD at Tuesday, November 11, 2014